Safe 40A ParaBoard V3 - XH, XT30, Main Lead XT60. This board can be used to charge up to 6 batteries with 2S, 3S, or 4S XH balance lead and XT30 connector at the same time. This is the latest version of ParaBoard with self-resettable fuse protection. The PCB board is made of three ounce copper and the main circuit supports up to 40A current. All the balance ports are protected by resettable fuses (also known as polyfuse). ParaBoard - XH can be used for batteries with JST-XH balance connectors, such as Align, Blue, E-flight, Turnigy, and our Glacier LiPo packs.

This device is to be used with a balance charger to simultaneously charge multiple lithium batteries in parallel. By this method you can significantly save time on battery charge process. Principles and practices of parallel charging lithium batteries have been well discussed in the forums on RC Groups. This method has been proved to be a safe and efficient way to charge LiPo batteries, and is being widely accepted by more and more RC hobbiests all over the world. Parallel charge can save your time significantly. If you charge four batteries at the same time, the charge current is four times of that you used for a single pack, and you need only approximately 1/4 of the charge time to charge every battery separately. Similarly, if you charge six batteries at the same time, the charge current is six times and time is only 1/6. Multiple safe ParaBoards (V3) can be connected directly in order to charge more than four batteries at a time. 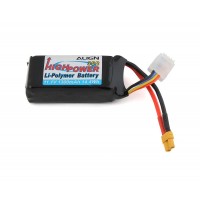 The product is currently Out-of-Stock. Enter your email address below and we will notify you as soon as the product is available.
Email